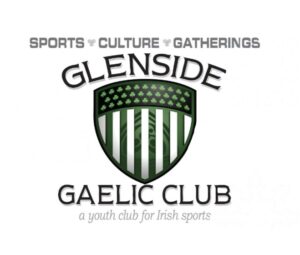 The Glenside Gaelic Club is a youth sports club registered with the North American Gaelic Athletic Association dedicated to the promotion of Irish culture through learning and participation in Irish sports and activities. The club is open to families of all nationalities throughout the Philadelphia area. All kids ages 5-17 are welcome to learn about and develop skills to play the ancient, native Irish sports of Gaelic Football, Hurling and Camogie.

Teams will be organized into seven age groups as follows: U6, U8, U10, U12, U14, U16 and U18 (minor team). Girls have the option to play on all-girl teams or on co-ed teams until U-12. The season will begin in April and run through the end of August. Practices will be held at TEMPLE UNIVERSITY AMBLER CAMPUS 580 Meetinghouse Road Ambler, PA 19002 and led by qualified coaches twice a week, and games and tournaments will generally be played on Sundays. The club participates in numerous “blitzes” throughout the season. Blitzes are for players with little or no experience in Gaelic sports, and are an excellent way to learn the sport. Check our calendar of events for the current season’s schedule, including blitzes.

The Club will be participating in the local Philly Youth Tournament, also known as the Kieran McElwee Tournament, and plans to travel to club tournaments in Allentown, Pittsburgh, New York, Boston and Connecticut in the future. Future opportunities include participation in the Continental Youth Championships (CYC), the largest Gaelic games tournament outside of Ireland. The CYC is a 4-day tournament, held the last week in July or first week in August in a selected Host City (San Francisco (2015), Chicago (2016), Boston, New York (2014) or Philadelphia (2013)). Over 2,000 players participate in this tournament and compete against teams from across the United States and Canada.

The continued development of our players, coaches and referees is encouraged. Camps and clinics are organized by the divisional Games Development Officer throughout the year. Anyone interested in coaching, assisting or volunteering is welcome. Introductory (no experience or knowledge of the game necessary) and Advanced training courses are available.

For more information, please contact the Club via email at glensidegaelicclub@gmail.com and thank you for your interest in the Glenside Gaelic Club! 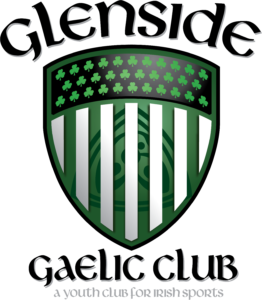